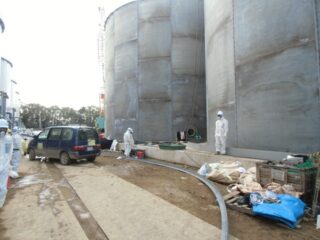 Are there many casualties of workers at the Fukushima Daiichi nuclear power plant ?

Is working at the Fukushima Daiichi nuclear power plant more dangerous than other construction sites? Is the probability of deaths and injuries higher than working at other sites?

Many injuries were falling and stumbling due to the blocked vision by full-face or half mask workers had to wear. Some were caught in machinery and there were some fatal cases.

Wearing protective clothing that cover the whole body and a mask on the face was a big burden during summer because it can trigger heat stroke.

However, the number decreased since March 2016 when lightweight clothes were allowed in many areas after thorough decontamination work was done. Also, information sharing and implementation of preventive measures  contributed towards the reduction.

Work environment of the nuclear plant premises before the accident was tightly controlled, so occurrence of accidents was very low compared to other construction site, not to mention stumbling or falling.

It is not as low as before yet, but injury frequency rate (number of injuries divided by  working hour) at the nuclear plant was even lower than ⅓ of national average. (based on the data for 2015, which was reported in the meeting of the Contaminated Water and Decommissioning Issues Team).

From these facts, the casualties in the premises of the Fukushima Daiichi nuclear power plant can be said to be small compared to other construction site.

However, there have been two cases that worker’s compensation was approved for developing leukemia by the exposure working at the plant. It was because the radiation dose of the workers exceeded 5 mSv, the criterion for the  compensation.

It should be noted, though, that the Ministry of Health, Labor and Welfare says the benchmark for approval of the compensation does not mean dose over 5 mSv per year will cause leukemia. Hence, the approval does that mean the cause-and-effect relationship between the radiation dose and leukemia was scientifically proven. 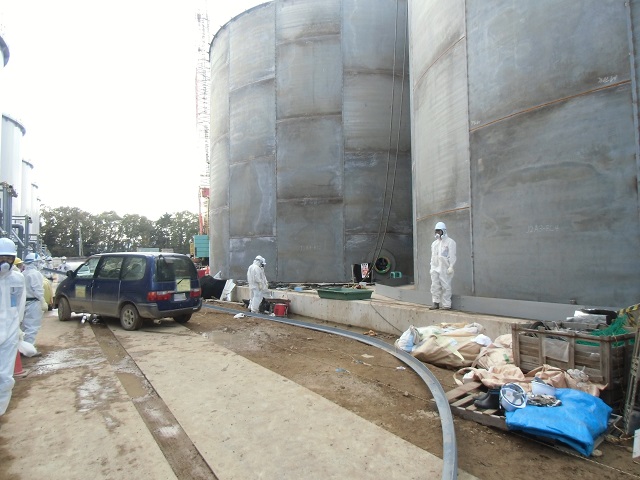