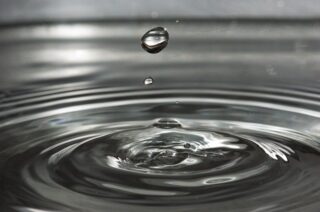 Are there any health effects from the treated water from the Fukushima Daiichi nuclear power plant?

The treated water from the contaminated water at TEPCO’s Fukushima Daiichi Nuclear Power Plant contains radioactive substances such as tritium. Tritium is considered to have a much smaller effect on the human body than radioactive cesium.

So, if the treated water is released into the environment, will there be any health effects on the residents?

The Ministry of Economy, Trade and Industry reported the estimation results at the 15th Subcommittee on Handling ALPS Treated Water. In the report, they showed the results in two cases: discharge into the ocean and the atmosphere as vapor.

In 2016, the Tritiated Water Task Force proposed five methods after conducting technical studies on the disposing of treated water. Of these, “ocean release” and “vaporization” had had precedents in Japan and overseas. For the other three methods, they carried out no conclusive calculations due to the difficulty of estimating the impact and a lack of examples.

The sample from a tank in the “K4 area” of the nuclear power plant indicated that the total tritium in the treated water is about 860 trillion Bq. Treated water also contained radioactive substances other than tritium.

The result showed that the effect of ocean release was about 0.052 to 0.62 micro Sv per year when all treated water was released in one year. In the case of vaporization, the figure was about 1.3 micro Sv a year.

These numbers are significantly small compared to the exposure dose in the natural environment (approximately 2100 micro Sv per year = 2.1 mSv), regardless of the nuclear accident. In addition, the discharge would take more than a year. In that case, the dose will be even smaller.

Conclusion. It is unlikely that discharging the treated water from the Fukushima Daiichi nuclear power plant will cause any health effect on the people living around the area.

Figure: comparison of exposure doses from discharging treated water (vaporization: above and ocean release: middle) with that from the natural environment: bottom